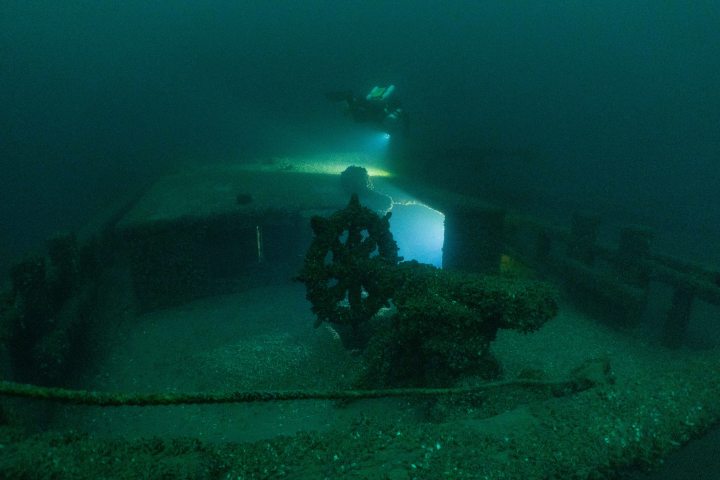 The F.T. Barney was our last dive of the trip.

It is a bit shallower than the previous wrecks and is up near Rogers City where we were staying (as opposed to Presque Isle where the other wrecks are). We decided to conduct one long dive on the wreck since Mel and Greg had to hit the road that same day and off-gas during long drives. Mel and I had a two hour runtime.

The Barney was a 126-foot long, two-masted wooden schooner built by William Cheney in 1856 in Vermillion, Ohio.

In the early morning hours of October 23, 1868 the Barney was traveling from Cleveland, Ohio to Milwaukee, Wisconsin with a load of coal. The schooner T.J. Bronson collided with the Barney and both vessels sank. Neither was found at fault and, luckily, no lives were lost. According to the case in the New York courts, the “helm of the Barney was starboarded and the help of the Bronson ported, when a collision was seen to be inevitable.”

The wreck was discovered in 160 feet of water and is one of the most intact wrecks of a schooner of that era. The masts and deck equipment are still all intact and the ship sits upright in almost perfect condition. Highlights of the wreck include the ship’s wheel, the bow, and the red running light which is out in front of the bow in the sand.

As mentioned, compared to other wrecks we had been diving, the Barney is relatively shallow and we knew we were only going to conduct one long dive that day. Our plan was to spend a lot of time setting up and taking pictures of the wreck. We ended up spending about 40-45 minutes on the wreck and about an hour on decompression for a two-hour runtime.

I was having “one of those days” and my pictures just didn’t work out too well. I guess I will just have to go back and get more pictures. The visibility was also the worst for our trip and there was a lot of particulate matter in the water which didn’t help with pictures.

Below are a few highlights of the wreck: 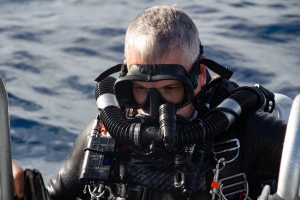 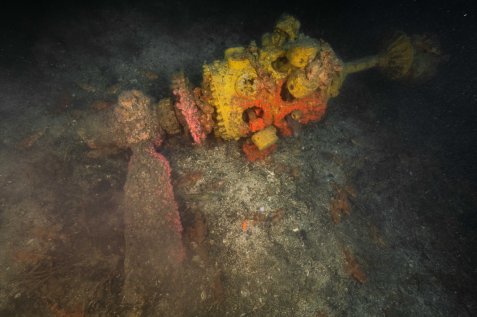 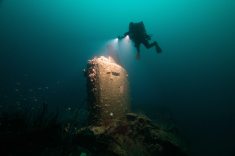 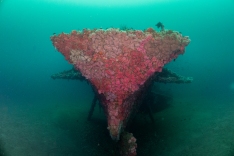 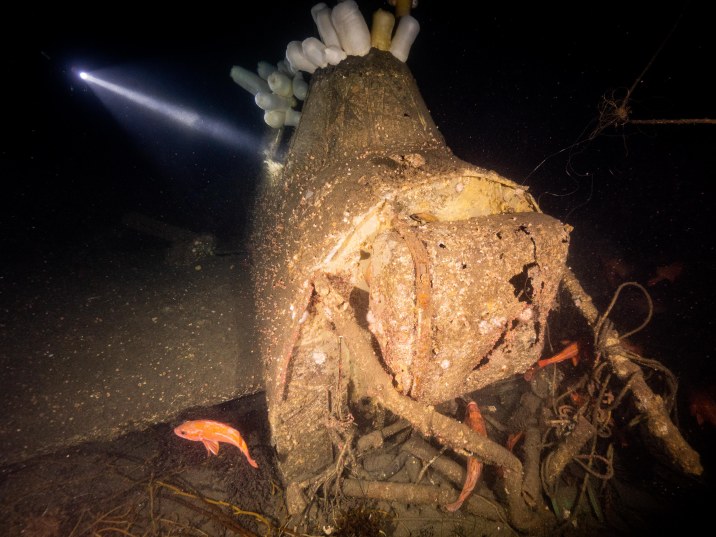